Customized ISOs for personal use are fine. If you want to share your customization with others, whether for free or for purchase, you'll have to rename it; remove all distro specific artwork, branding, and other identity elements; and you can't confuse your intended users about the customization being associated in any way with the base distro. You're free to use the softwares without renaming those, as they are licensed under GPL. But otherwise, it will be your own creation and no longer you base distros'. The name and identity elements of a distro are trademarked and copyrighted. Unless you have approval from appropriate authorization you can't use those (identity elements and name).

Optionally you can keep xterm installed. It will act as a backup terminal if the default terminal fails to run.

Give the install.sh file execution permission and run it in terminal:

Run JLstart in a terminal:

or run it from the menu: 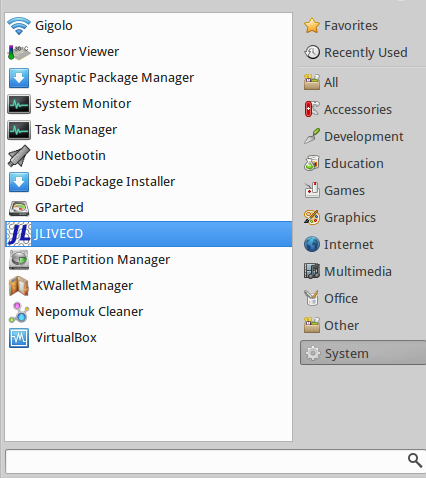 Hints are given on the go, follow them to successfully create a customized live cd/dvd.

I call it debcache management!

If you are a developer, you can consider contributing to this project by forking this repository and making changes for better and do a pull request, or sharing ideas and suggestions or finding bugs, anything at all, what you think will be beneficial for this project.

If you aren't a developer, but still want to contribute, then you can support the contributing developers spiritually, by starring the repository and sharing ideas. If you want to be notified of the continuous development, you can add this in your watch list in Github.